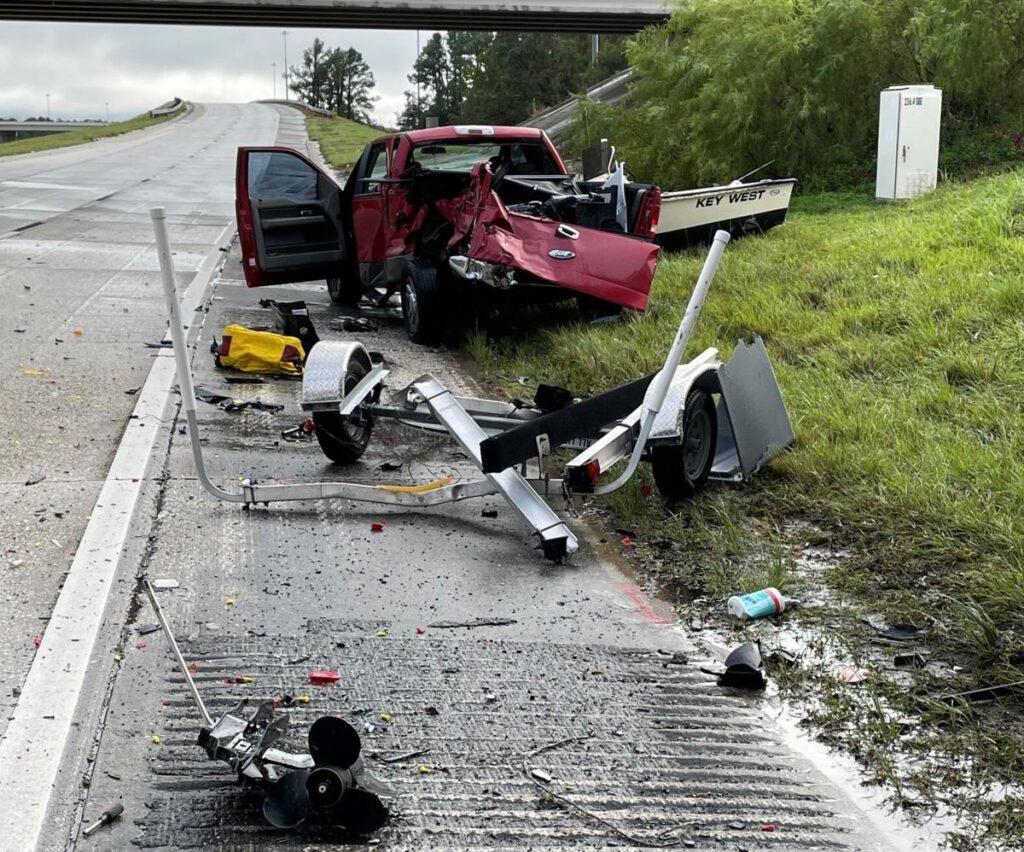 Traffic Disrupted Due to Two Accidents on I-75 Today

Accident on 75 Today,Traffic on I-75 in Butler County, Florida, was disrupted today due to two separate crashes, one involving a commercial vehicle and the other a single vehicle. The one-car accident killed a Bradenton man, and work in the area has impacted traffic coming onto Bristol Road. The two commercial vehicles were traveling in opposite directions when they collided. One driver, identified as Barnett, was ejected from his vehicle during the crash.

Two commercial vehicles crash on I-75 in Butler County

There are many possible scenarios relating to a two-truck collision that caused a fatality on I-75 in Butler County today. The first driver slowed down for reasons that are unclear. It is not clear whether drugs or alcohol were involved. Investigators are continuing to work the scene and are not releasing any further information at this time. It is important to note that the driver of the first truck was uninjured in the crash, but there is a possibility that the second truck was not properly maintained.

The driver of the second semi struck the back of the trailer of the truck in front of him and was ejected from his vehicle. The crash caused traffic to be backed up on southbound I-75 for several hours, and the OSHP is still investigating. No charges have been filed at this time. The two commercial vehicles that crashed in Butler County are currently en route to the Ohio State Highway Patrol.

At approximately 4 p.m. Tuesday, multiple lanes were closed as crews cleared the scene. At this time, traffic had backed up about a mile in both directions. Police do not believe drugs played a role in the crash, but they are investigating to determine the cause of the accident. The crash occurred at around 3 p.m. on Tuesday and the accident remains under investigation.

According to the Ohio State Highway Patrol, a man died and a passenger was killed in a collision between two semi-tractor trailers on I-75 in Butler County. The incident happened shortly before 9 a.m. today near the Liberty Way rest area of the highway. A preliminary investigation indicates that Faustin Muhire, the driver of the second vehicle, a 2016 Freightliner with an empty trailer, slowed suddenly and struck the back of the Kenworth, which then overturned into the concrete median. James Barnett was ejected from the truck and pronounced dead at the scene.

A 17-year-old Bradenton man was killed when his car left the roadway and crossed the median, grassy shoulder, and sidewalk before overturning and landing on its roof in a pond. He was pronounced dead at the scene. The crash remains under investigation by the Florida Highway Patrol. The teen was uninsured. He left the scene without calling 911.

The accident occurred early this morning on I-75 southbound near State Road 64 in Bradenton. The driver of the SUV swerved off the interstate and hit the guardrail. He was pronounced dead at the scene. The other driver was not injured, and both victims were wearing seatbelts. However, the man’s car was towed away, and the Florida Highway Patrol will continue investigating the accident.

Florida Highway Patrol reported that a motorcyclist was killed in a one-vehicle crash on Interstate 75 today. The accident occurred in the 700 block of John Ringling Boulevard. Although the crash caused minor injuries, concerns have been raised about the impact on the bridge. The Florida Highway Patrol says that a semi-truck hit a motorcycle on I-75 in Venice, which caused a crash that delayed traffic and prompted the truck driver to flee the scene on foot.

Several people from the area are grieving the death of a Bradenton man who died in a single-vehicle crash today. Authorities have not yet released the name of the motorist, but it was determined that the driver had been intoxicated. There are no witnesses to the crash, but a photo taken at the scene shows that the man’s spirit was leaving his body.

Work impacts traffic coming onto I-75 from Bristol Road

Lane closures will affect traffic on I-75 in Campbell County on Monday and Tuesday. Two lanes will be reduced to one each way between mile markers 13 and 15 during paving operations. Drivers are encouraged to plan extra time when traveling during this time. There is no estimate for the completion date of the work. The Road Commission recommends drivers allow additional time. This work will continue until 6 a.m. on May 13.

In addition to reconstructing US-31, MDOT has begun another major freeway project near Interstate 69. This project will increase safety and ride quality for motorists, as well as prolong the life of the roadway. During the construction, traffic will be diverted onto alternate routes. In the meantime, motorists will notice reduced speed limits on I-75 and fewer construction signs. Hopefully, this work will end as soon as possible.